What You Can Do If Your Dog Is Stealing Your Stuff 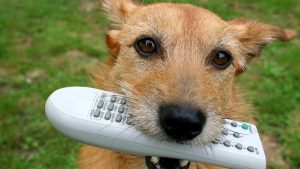 It has occurred to almost every dog owner. You’re sitting in front of Netflix, shoving your favorite chips into your mouth, when it happens. Your dog runs past, carrying your beloved designer shoes or the critical business paper you need to send in on Monday. Most likely, your dog isn’t taking your belongings as part of a wicked vengeance scheme. The simple fact is that most dogs steal your belongings because they are bored and have too much energy to expend. Nonetheless, the habit has the potential to be costly and even dangerous to your pet’s health. This is why it’s critical to address your dog’s petty stealing issue as soon as you see it.

Ensure that your dog gets enough exercise to wear him out in the evenings or while you’re at work. This is especially true for young dogs, however keep in mind that “young” varies depending on breed. Because large dogs don’t live as long as tiny dogs, a 5-year-old Saint Bernard will act older (and require less activity) than a 5-year-old Jack Russell Terrier. Young dogs require at least one hour of cardiovascular activity each day, such as jogging, walks, time at the dog park, or other activities. Dogs bred for hunting or other forms of labor, regardless of size, require greater activity and are among the most likely breeds to begin thieving if they don’t receive enough exercise and play time.

Purchase a Variety of Toys for Your Dog

One of the primary reasons your dog steals items is to get new toys to play with. The same rope toys or chewing bones might grow monotonous for your pet after a while. To deter him from taking items that aren’t his, make sure he always has a range of cognitively interesting toys to play with. There are a variety of interactive toys available to keep your pet entertained. To keep your dog curious and engaged, use firm rubber toys that you can fill with goodies, Velcro puzzles that your dog must tear apart, or wobbling toys that move with your dog’s movement. If you’re feeling very ambitious, you may buy mechanical toys that your dog can load with tennis balls, allowing him to play fetch on his own for as long as he wants.

Aside from toys, don’t forget to train your pet using a reward system. It not only keeps his mind busy, but it also guarantees that he responds well to your directions and is a polite, happy, and safe member of your family. Spending just 10 minutes a day training your pet to sit, remain, or shake gets them attention as well. Dogs are sociable animals who require daily attention to flourish, so don’t overlook training or play time. Even better, you may take this opportunity to teach your pet a command like “drop it” or “leave it.” This way, if he gets his paws on your belongings, you may instruct him to let it go without having to chase him around the house.

Put Your Stuff Away

Dogs will continue to be dogs. Even if you give hundreds of toys and hours of one-on-one time every day, your dog may occasionally want to get into mischief. You may put a stop to his stealing by cleaning up after yourself. Put your shoes in a closet or an ottoman with concealed storage instead of kicking them off at the door. Instead of leaving bread, cereal, and snacks out on the counter, store them in the pantry or cabinets. Dogs also enjoy filthy laundry, so throw yours in the hamper at the end of the day. If your dog chews, you may need to tape up electronics cables and put a chew deterrent to furniture. The more puppy- or dog-proof your home, the less probable it is that your pet will steal and chew on your belongings.

What Should You Do If Your Dog Steals Something?

Dogs are cunning creatures, and chances are yours will get his hands on something you don’t want him to have on occasion, no matter how well socialized he is or how much puppy-proofing you do. If you discover your dog doing something he shouldn’t be doing, it’s critical that you know how to handle the situation. The first thing to know is to avoid chasing him. When your dog has what he thinks is a toy, pursuing him promotes this belief since he believes you’re attempting to play a game with him. It is also critical to avoid yelling, as he may become terrified and flee, or he may become defensive and feel the need to defend himself.

If the dog’s possession isn’t pricey and won’t harm him, it’s best to simply ignore him. He’s probably grabbed your belongings in an attempt to garner your attention, and providing them to him might reward the behavior. Ignoring him whenever possible demonstrates that he is not “rewarded” for stealing. However, your dog may take anything that might harm him or that is too expensive to replace. Try to distract or even entice your dog in these instances. Pretend you’ve discovered something intriguing on the other side of the room, then toss his toy or take up his leash and go on a stroll, or even offer him a treat if he brings you the object.

Remember that dogs, like human children, need time to acquire social skills and learn etiquette. Don’t give up on your dog just because it takes one, two, or a dozen or more attempts to do it “right.” Your positive reinforcement and redirection will eventually pay off, keeping your shoes secure and your dog pleased.

Newer How Come My Puppy Is Always Hungry?
Back to list
Older How to Cool Your Hot Dog