They are visually appealing and can be classified depending on their pattern, color, or tail type.

In this post, we’ll distinguish 13 various species of Betta fish based on their tail type. 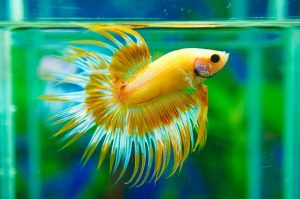 The Crowntail Betta has spike-like fins and a spike-like tail. This is owing to the diminished webbing between the fins’ rays. 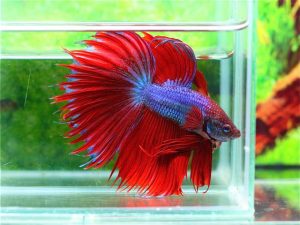 The Combtail Betta, like the Crowntail Betta, has rays on its fins. The size of its webbing, on the other hand, is notably greater, stretching up to a third of the way up its tail. 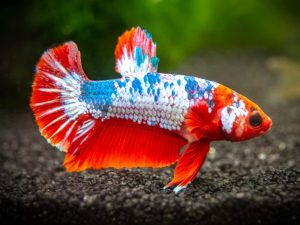 The Plakat, also known as the short-finned Betta, is a huge, robust fish with powerful jaws and a short tail.

This species is said to be the forefather of all Betta fishes. The Veiltail Betta is a popular and commonly accessible kind of Betta. The long and drooping tail distinguishes this species from others. This species gets its name from its caudal fin, which fans out at a 180° angle. The Halfmoon fish was called by its shape, which resembles a semi-circle. 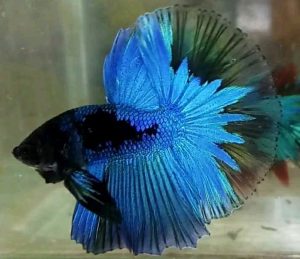 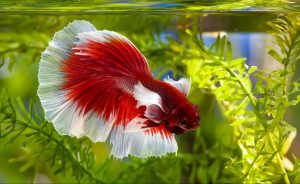 The Rosetail Betta is a lovely Halfmoon variant. The primary distinction between the two is that the Rosetail has ruffled edges that mimic rose petals. 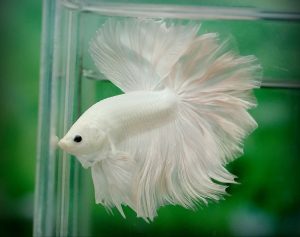 The Rosetail Betta is quite similar to the Feather Tail Betta. The Feather Tail, on the other hand, has more branching of its fin rays, giving it an even more ruffled look. 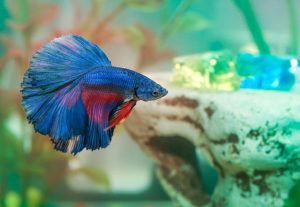 The tail of the Delta Betta is triangular in shape, starting small near the body and widening towards the tip. Its tail is shaped like the Greek letter delta ().

Betta Fish Species That Are Rare 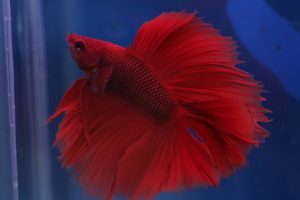 The Twin Tail A betta is a fish with two separate tails. Its caudal fins are divided at the base and develop in two lobes rather than one due to a genetic abnormality.

This species is uncommon because its offspring have a poor survival rate.

The Half Sun Betta appears to be a cross between the Half Moon and the Crowntail/Combtail Bettas.

This fish has a broad tail that stretches 180 degrees like a Half Moon. It also has webbing and has minor crowning between the fin rays like the Crowntail and Combtail species. 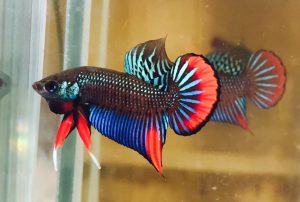 The Circular Tail Betta is a fish with a completely rounded tail and no straight edges. This species is considered exceedingly uncommon.
It is available in a variety of designs and colors.