Top 10 Cats That Have the Appearance of Tigers, Leopards, and Cheetahs 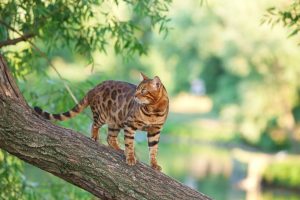 Have you ever desired to possess a wild cat with a gentle disposition? That is totally feasible! While the cats on this list are not truly wild (in fact, most are domestic), they certainly appear incredible, with patterns and traits like those of cheetahs, tigers, and wild mountain cats.

You’ll notice that all of the cats on this list share more than just their appearance: they are all gregarious and active. Therefore, if you’re seeking for a companion that is both captivating and playful, the following wild-looking cats will not disappoint. 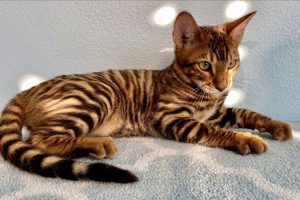 The Toyger is a designer breed introduced in 1980 by Judy Sugden. While this small “toy tiger” resembles a smaller replica of a real-life tiger, it is descended from a line of completely domestic animals. Judy crossed a Mackerel Tabby with a Bengal cat to develop a breed with tiger-like coloring and markings, as well as a friendly and laid-back demeanor.

The Toyger demands extensive outside time and may be trained to walk on a leash.

Jean S. Mill (mother of Judy Sugden, who invented the Toyger) created the Bengal in 1963 by mixing tiny wild Asian Leopard Cats with domestic shorthaired cats. As a consequence, the cat appears feral yet is sociable with humans and other animals, including dogs.

Bengals are very clever, energetic, and curious cats who like climbing trees and being outside and can be trained to walk on a leash. It need stimulus, amusement, and focus. Avoid buying this cat if you’re going to be gone for the most of the day. The Savannah is a hybrid cat bred by Judy Frank in the 1980s. Frank crossed an African Serval with a domestic cat, and Patrick Kelley and Joyce Sroufe refined the cross in the 1990s.

Depending on where you got this breed, the Savannah may include up to 50% Serval blood or much less. Savannahs may be prohibited from being raised as domestic cats in several places due to their hybrid origin. Consult your state’s rules and consider adopting from a rescue organization or a reputable breeder. The Abyssinian is always on the move—jumping, sprinting, or investigating every inch of the house and yard. He demands a high level of human connection and toys to play with, particularly puzzles, to keep his brain occupied. If you believe this cat would be content sunning and napping if left alone, you are dead mistaken. He requires companionship and playmates and will act out if he becomes bored. 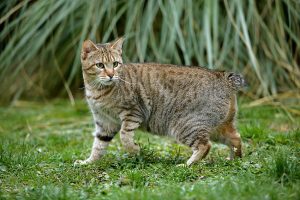 The Pixie-bob was created by an unintentional cross between a bobcat and a barn cat. While he appears to belong in the wild, the Pixie-bob is a kind and caring creature. He is a loyal family man who gets along with everyone, especially pets. 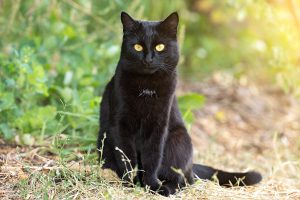 Although the Bombay resembles a small black panther, he is far from ferocious. He would rather play and sit around the home with his people. The Bombay is a laid-back, friendly dog that is tolerant of both canines and humans. However, because he enjoys being the focus of attention, he may develop envious feelings against other cats.

Egyptian Maus have long, thin legs and the demeanor of Egyptian gods or goddesses. They enjoy climbing and perching on high perches to keep an eye on their realm and people. Additionally, they are quick runners and require much area to run and play.

Karen Sausman, a conservation biologist, established this designer breed in 1994 by carefully breeding an Oriental Shorthair with a Bengal to get the natural patterns seen today. Serengeti is a sociable cat who loves to leap and climb. If not stimulated by human company or interactive play, this cat will enjoy itself (a.k.a. destroy your house).

This wild-looking cat is actually quite a softie. He will warm up to anybody who pays him attention and likes his company, whether it’s people, other cats, or even dogs. He is personable, easygoing, and easy to get along with. They are excellent travelers and therapy cats due to their sociability and calm, amiable temperaments. If you’ve ever desired a cat with the personality of a dog, the American Bobtail is the cat for you.

The Ocicat resembles a little cheetah, but he lacks wild blood. He has a bustling body that is well-suited for a busy and dynamic household. He enjoys playing, conversing with his people, participating in family events, and getting to know visitors. The Ocicat is a sociable and lively creature, and as such, he craves attention and engagement.

Newer 12 Ways to Help Betta Fish Live Longer
Back to list
Older If Your Dog Is Bitten By A Snake, What Should You Do?