How to Train a Novice Horse 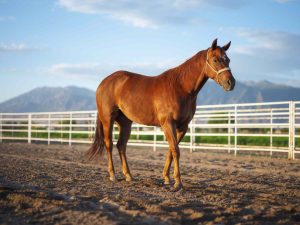 Training a horse is as varied as horse breeds. You must select the one that best suits your needs. Then study, learn, and utilize it.

Colt vs. Foal vs. Filly

To my dismay, the terms filly, foal, and colt are often used interchangeably when referring to young horses. I’ll define these words throughout the text.

Except foal, each signifies a distinct trait:

Filly and colt are different designations. While we’re at it, I’ve observed some additional labels being used carelessly. Them:

If you want a horse ready to ride at two, start early. For any reason, a foal should not bear an adult’s weight until it is grown. Maturity is two.
If your horse is going to compete in endurance racing (horses race across wide areas of land at a rapid trot), three or four years old is ideal.

You want your horse to live a long time. The horse isn’t strong enough to handle much weight until it’s two years old. Wait till they’re four for an endurance prospect. But it doesn’t mean you should wait!

You want to be present for imprinting when your foal is born. Imprinting occurs within minutes after birth.

Face the dam, but don’t crowd it. You’ll imprint like the dam. When the foal emerges from its mother and she has started cleaning, you start touching.

Let the mare do her thing. She’s a pro. This is because she licks the foals to assist remove the placenta. If she wants to eat the placenta, let her, but make sure she ate the whole thing. She protects her and her foal by eating the placenta. It’s also packed of minerals she can utilize afterwards.

Touch the foal from both ends. Glide your hands:

Soon after delivery, the infant will stand up. Finish imprinting before the foal rises. And he’ll be shaky until he gets those legs underneath him.

You may get ran into or over, so finish up. Resist the urge to assist. They’ve been doing it for millenia. Let nature take its course. He can! Put a halter on the foal within a few days. They have foal halters. This piece of equipment will be on the foal for the most of his life.

With help, put the halter on the foal’s snout and buckle it. Slow down. Haltering is a life lesson, so make it a good one. Keep the halter.

Imprinting can be done while feeding the mare. During the first several weeks, the foal will be right at her side, so take advantage of the chance to pet him. Show him the curry comb and brush. At this moment, don’t grab the halter to get the foal to come or remain. The foal will easily rip your hands off if you grab it.

Next is respecting the halter.

The lead line is an essential element in horsemanship. It is underappreciated for its vital role. The lead line guides the horse. The horse must respect the lead line and stop when asked to do so.

Identify a tall tree before the conclusion of the first week. The foal must learn to knot immediately, before he becomes large enough to resist. 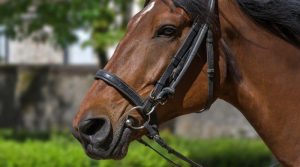 When your foal has mastered leading, introduce the bit. Start your foal with a snaffle bit. It’s a gentler piece, excellent for beginners. I realize any bit, especially the snaffle, may be harsh. The first bit has no reins, so the harshness is silent. Severity is not a problem with the first bit. Let him see, touch, and familiarize himself with the saddle. It’s not uncommon for folks to put the saddle out for a week before saddleing the foal to reduce his dread of it.

When you decide to saddle your foal, massage the saddle pad around his neck, flanks, and rump. So he has nothing to worry.

On his back. Put the saddle on him. Arrange for him to fight it in the arena. Some will buck, while others will pad around the arena bored.

The lengthy lines begin when your foal is comfortable in the saddle and bridle. Basically, two light-weight, 20-foot-long reins are used.

The long lines let you stroll next or behind your horse. Long lines are great for their adaptability. Walking behind the horse gives them confidence when requested to move ahead. He will learn to stroll confidently alone (with your encouragement from behind). The lengthy wires can help him turn and bend. This will also help with future carting training. Long lines from the bridle to you imitate a cart and driving lines. The soft lines across his legs and side will help him become acclimated to anything running down his legs and side when you put the steel poles of a cart along his body.

Walking out confidently with long lines facilitates turning and side passing. From his side, you may apply side pressure and move him forward.

First-time long-line users may require guidance. In the herd, the young horse follows his dam. It’s strange for him to go out in front of you. You may need someone to lead him ahead until he gains faith in you and confidence in himself. You don’t need a helper after he advances forward.

You can practically finish your ground training with long lines and ride him when he reaches three!!

Newer Guide to the Three Poodle Breeds: Toy, Miniature, and Standard
Back to list
Older What Foods Do Rabbits Eat?