Guide to the Three Poodle Breeds: Toy, Miniature, and Standard 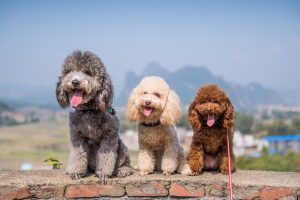 Before we go into the specifics of poodle breeds, let’s get this out of the way: Awww! These pups are the floof parade’s grand marshals. And hidden behind all that fluff are brilliant minds and dedicated hearts, attributes that are only the tip of the pom-pom-tailed iceberg when it comes to how excellent these dogs will be with your children or as active friends. But how can you know which poodle size is best for you?

How Many Different Kinds of Poodles Are There?

As it turns out, there are a few, although some are more well-known than others. Despite being considered France’s national dog, the poodle’s vast genealogy began in Germany. This puppy’s name derives from the German word pudelin, which means “to splash around.” Larger creatures known as pudelhunds used to be excellent duck hunting and water recovery dogs.

The Poodle Club of America follows the American Kennel Club’s (AKC) rules for three basic varieties of poodles, listed from smallest to largest:

Another poodle breed that is somewhat smaller than the standard is the moyen (French for’medium’) or Klein poodle, which is not officially recognized by kennel associations in Canada, the United Kingdom, or the United States but is an official breed in Europe. Furthermore, teacup poodles, which are tiny—sometimes weighing just 2 pounds!—are not yet on breed registry listings.

Finally, you may have heard of doodle dogs, which are hybrid breeds that include one of the top three poodle kinds as a parent. Dogs like the goldendoodle, Labradoodle, Maltipoo, and others fall into this category.

However, in order to best assist you in comparing crucial qualities amongst varieties of poodles, we’ll concentrate on the top three recognized by the AKC. 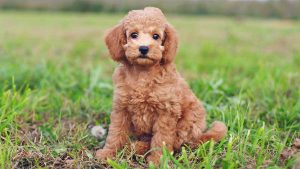 The clever little poodle is an appealing variant of this classic breed that has made its way from the 18th century courts of French royalty right into our hearts. They are excellent snuggle companions for elders and youngsters, as well as rambunctious playmates for cats and other small canines. Toy poodles, at just 10 inches tall, may struggle to keep up, but will still like being out and about with their owners, so short walks are always appreciated! Some toy poodles may develop separation anxiety, but instead of keeping them as pocket pets, keep them entertained at home with engaging games that pique their interest and create better connection between you both. 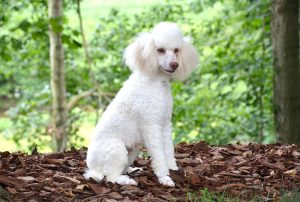 Although tiny poodles require a little more activity than toy poodles (kayaking may be a wonderful excursion, and don’t be afraid to take them trekking), Freyer believes they’re just as happy on your lap! In addition to their charm, quick wit, and people-pleasing attributes, most poodles offer hope to animal allergy patients looking for a low-shedding, slightly more hypoallergenic canine buddy. Poodles are also the sixth most common dog breed in the United States, according to the AKC. With all that floof and personality to match, it’s no surprise that they’re adored by so many. 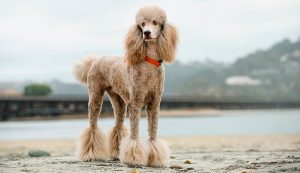 According to Freyer, clever standard poodles tend to be highly athletic and simple to train, and are thought to be the original type of poodle (and maybe connected to ancient Barbets). They also appreciate rigorous action, so if you don’t require fowl retrieval, think about alternative fun activities like swimming, dock diving, or agility training. In every category, a bigger poodle like this has twice as much to share as its little counterparts. However, those beautiful poodle haircuts—once fashioned centuries ago to allow them freedom of movement in the water—require you to spend more time grooming them to keep them looking spiffy.

All this chatter about poodle sizes—how much or how little poof does a poodle have? Let’s have a look!

There is so much poof that it’s difficult to decide which sort of poodle is ideal for your lifestyle. (It’s so simple to desire one of everything.) However, one type may be a better fuzzy companion for your family than another, so here’s what you should know.

A poodle may be a fantastic choice whether you live in an apartment or have a large fenced-in garden.

Toy poodles have soft, curly, medium-length fur, whereas miniature and standard poodles have silky waves that can be long, medium, or short. And the current poodle color trends are extremely amazing. Poodles come in a variety of colors, including ink black and smoky gray, warm chocolate and rich liver, as well as apricot, fawn, cream, and white.

Freyer provides some important wellness information on the various sorts of poodles, so you may contact both a breeder and a veterinarian for further data throughout the research process.

It’s not for us to say which poodle breed will be your BFF (best floofy buddy!) However, Freyer offers certain lifestyle tips that may help you choose a favorite: