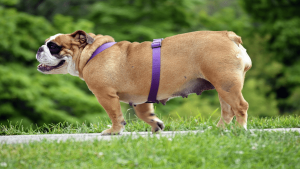 Those seeking this information fall into two categories: those who planned the breeding and those frightened their dog “slipped out the door” while no one was watching. In any case, here are some early symptoms of puppy birth.

Pregnancy usually begins a few weeks after mating. These signals are subtle and may be missed by inexperienced owners. These symptoms vary from dog to dog, thus not all dogs show the same symptoms. Worse, a fake pregnancy might be mistaken for a genuine one.

Female dogs, like humans, may have “morning sickness.” They often lose their appetite and feel nauseous. This is typical and should diminish as the pregnancy continues and larger appetites compensate.

The female dog may look lethargic and may be observed resting. Hormonal changes cause this small rise in inactivity.

The dog’s nipples will enlarge. This may not always be apparent. After a pregnancy is suspected, snap a photo of them or measure their size with tape to compare.

A modest weight gain may be seen in the first month. The dog’s abdomen will also seem larger and harder.

Can Your Dog Test For Pregnancy?

While there are many symptoms of pregnancy, the early indicators are frequently faint and difficult to detect. For owners who must know, there are tests that provide a black or white result.

Congratulations if the breeding was intended, and have your dog spayed as soon as possible if she snuck out of your house!

Estrus Is A Dog’s Heat Cycle

To assess whether a pregnancy is probable, one must first understand the dog’s heat cycle. To increase the chances of becoming pregnant, the dog must be purposefully bred or “slipped out” during her estrus.

Estrus is separated into parts that last roughly 21 days. Pro-estrus, estrus, and di-estrus

What Happens During a Dog’s Estrus?

Here’s what happens throughout each step.

This initial phase lasts 7-10 days and is readily identified by owners due to vaginal bleeding, puffiness, and edema. Fluttering females do not allow males to mount.

The estrus period lasts 4-13 days. A straw-colored fluid will replace the blood. Females at this stage are receptive to the male and mating occurs. A male and female tied together typically suggests a significant likelihood of conception.

Di-estrus is the end of a dog’s heat. The female will no longer be interested in mating, although males may still attempt to mount.

As observed, the estrus period influences the likelihood of conception. If you planned the breeding, you should have let your stud and bitch mate now. But there is no secret recipe to guarantee a pregnancy. Some breeders get their dogs’ hormones tested by a vet to guarantee breeding on the best day. If you haven’t seen a mating, there’s still a possibility your female dog isn’t pregnant. Next, potential indicators…

As the pregnancy progresses, more obvious indicators arise, either confirming or indicating a fake pregnancy.

A week before parturition, the bitch may look restless and begin nesting. To search for a spot to give birth.

As the pups are carried low, the dog’s belly becomes pendulous and bloated. As labor approaches, the abdominal muscles relax.

This indicator varies greatly amongst dogs. Some dogs start producing milk weeks before the pups are born, while others do not.

These indications usually appear a day or even hours before birth.

If the dog’s temperature is monitored numerous times everyday at the same time, a significant temperature decrease occurs 12 to 24 hours before delivery. A dog’s typical temperature is 101.5°F, therefore a temperature below 100°F, generally closer to 98-99°F, indicates impending delivery.

The vulva’s muscles will seem flaccid and pendulous. The pelvic muscles are the same.

Shortly before childbirth, the hen may lose her appetite. Vomiting may occur in various instances.

Pace and seem restless. She’ll go to a nesting site, lie down, and get up. She may also whine and lick her genitals. She may seek comfort from her owners.

A liquid resembling egg white will be emitted. The mucus plug that used to fill the cervix is a symptom of imminent pregnancy.

This is the most noticeable symptom of pregnancy. These contractions affect both the uterus and the abdomen and get more intense as the delivery approaches. Puppies will arrive soon.