What Should You Do If Your Dog Has Hiccups? 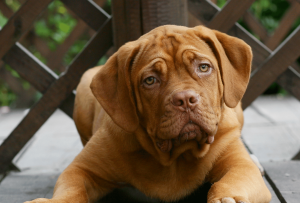 It’s irritating when you have the hiccups, but it’s charming when your dog has them. But are dogs as bothered by hiccups as people are, and may canine hiccups be an indication of a more severe problem?

Hiccups may affect any dog at any time, although pups are more susceptible than older dogs. Dog hiccups are often not dangerous and resolve on their own, much as with humans. Hiccups may sometimes be an indication of a severe underlying problem that necessitates a trip to the veterinarian. There may be things you can do to assist your dog get rid of his hiccups or prevent them from occurring in the first place.

What Causes Hiccups in Dogs?

Humans and dogs both get hiccups, but scientists aren’t sure what causes them. They might be the consequence of inhaling too much air, according to one idea. This may happen when dogs get excited and breathe fast, or when they eat or drink too quickly.

Puppies are more energetic than older dogs, which might explain why they get hiccups more often. Another opinion is that a puppy’s respiratory and digestive systems are still growing, making them prone to hiccups because of their immaturity.

What Can You Do If Your Dog Is Having Hiccups?

You don’t have to do anything to get your dog’s hiccups to stop. Dog hiccups, like human hiccups, normally go away on their own, and vets feel they do not cause your pet any harm. You should avoid attempting some of the more bizarre traditional treatments for human hiccups, such as yanking on your dog’s tongue or frightening her. These are considerably more likely to bother your dog than the hiccups.

Your dog may benefit from some little exercise to help him overcome his hiccups. You don’t want to do anything too vigorous since it may force him to swallow additional air, which will exacerbate the situation. Instead, pull the leash out and go for a short stroll with your dog.

A good belly massage may help to settle your dog down if she gets the hiccups when she is anxious. Her diaphragm may also relax and ease the spasm as a result of the steady, smooth motion.

Giving your dog a glass of water may also help. You should use a small dish since you don’t want him to consume it too rapidly. Sugar or honey, according to some vets, should be added to the water. The sweetness has little effect on diaphragm contractions, but it may serve as a diversion, allowing the dog’s breathing patterns to return to normal. However, don’t offer your dog anything substantial to eat. He might choke if he gets a hiccup when anything is in his mouth.

How Can You Keep Your Dog From Having Hiccups?

If your dog is still a puppy, you generally don’t need to be worried with avoiding hiccups. She’ll probably outgrow them as she grows older, just like most dogs. If not, you’ll need to find out what’s causing the hiccups and take preventative measures.

You should attempt to figure out what behaviors trigger your dog to get the hiccups. If they occur after exercise, you may wish to adjust your dog’s activities or reduce playtime to avoid him being too enthusiastic. In addition, you should avoid exercising your dog in hot weather. Heat stroke may occur as a consequence, causing hiccups and other, more severe respiratory symptoms.

If your dog has hiccups after eating, feeding her fewer servings at a time could help. There are also special feeders that require your dog to eat more slowly, which may help avoid not just hiccups but also other intestinal problems. These feeders are popular with dogs because they turn mealtime into a game.

When your dog’s food and water dish are too low to the ground and he needs to stoop down to get to them, he may be swallowing more air. You may purchase an elevated feeder that elevates both servings to his level. This might help him avoid having the hiccups.

When Do Hiccups Indicate a Serious Issue?

Hiccups in your dog may be caused by a variety of medical issues. Respiratory disorders, gastrointestinal troubles, and parasites are among them. Roundworms and heartworms, for example, may take up home in the respiratory tract and take over the whole system, making breathing difficult for your dog.

If your dog has the hiccups, don’t be alarmed; they’re usually harmless. You should, however, keep an eye on the hiccups to see how long they linger. If they haven’t stopped for many hours and show no indications of stopping, you should immediately take your dog to the veterinarian. In addition to the hiccups, you should take your dog to the doctor if she develops any other concerning symptoms. Sneezing, coughing, nasal discharge, or wheezing are all signs of a respiratory infection, as are gastrointestinal symptoms including diarrhea and vomiting.

Hiccups in dogs usually don’t persist long. Allow yourself to bask in the sweetness while it lasts.

Newer Grain-Free Dog Food: Beneficial or Dangerous?
Back to list
Older The Fundamentals of Bird Ownership