These canines have illustrious pasts and surprising abilities, such as yodeling.

While Egyptian cats are commonly believed to have been the favourite pets of pharaohs, Egyptian dog breeds also had a prominent role in history. However, they did not begin in this manner.

Jerry Klein, DVM, is the American Kennel Club’s chief veterinary officer (AKC). According to him, ancient Egyptians regarded dogs as livestock and raised them on farms. “Some species were tamed, and these were utilized as guard or hunting animals,” he explains.

According to Klein’s observations, Egyptian dogs have a low incidence of diseases common in later evolved breeds, such as diabetes and chronic metabolic disease. Who is attractive, bright, and in good health? We would want two, please.

In 2021, Polish researchers revealed the archeological discovery of an estimated 2,000-year-old pet cemetery in Egypt that held a variety of animals. Approximately 3% of its inhabitants were monkeys, 5% were dogs, and 91% were cats. Consequently, it took a considerable amount of time for dogs to ascend to the levels of aristocracy. “Eventually, some Egyptians valued their dogs’ company so much that they mummified and buried them alongside their masters,” Klein explains.

Anubis, the Egyptian deity of the dead and embalming, is an intriguing figure. Patron of lost souls, he is not so much an Egyptian dog god as a man with the head of a jackal or another type of dog. (This topic’s history is rather hazy.) His likeness can be found in tombs dating back to Egypt’s 1st dynasty, as well as those of Tutankhamun and Rameses the Great, who were also buried with artifacts commemorating their pet dogs.

According to the World History Encyclopedia, Egyptians are credited with the invention of the dog collar (though it was probably first used in Mesopotamia), as an early wall painting depicting a man walking his collared dog on a leash dates to around 3500 BCE. Initially fashioned from leather, collars became increasingly elaborate over time, with breed-specific engravings such as ‘Brave One,’ ‘Reliable,’ and ‘North Wind’.

We are incomprehensibly fond of the mysterious Gift of the Nile cats, but it seems Egyptian dogs deserve a bit more attention. So take a look below to find familiar breeds and perhaps some surprises! 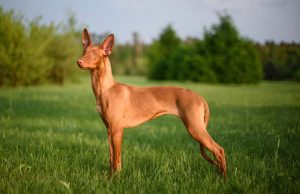 Klein asserts that the Pharaoh hound is identical to dogs depicted in ancient Egyptian art and sculpture over 5,000 years ago. In fact, a translation of an Egyptian hieroglyphic passage dating back 3,000 years states: “The red long-tailed dog enters the hills’ stalls at night… He hunts without delay, his face glowing like a deity, and he enjoys this activity.”

Sometimes referred to as Egyptian Pharaoh dogs, these intelligent and social canines are also the national dog of Malta, a Mediterranean island located northwest of Egypt. Pharaohs are adept runners and simple to train, in addition to being affectionate, four-legged family members. Klein states that when Pharaoh hounds are joyful, their ears and nose may “blush” a rich crimson color. Not the most adorable thing you’ve ever heard? 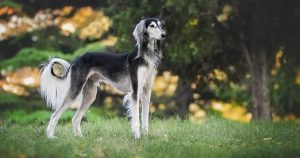 The exquisite saluki is a kind, intelligent, and independent canine companion that responds well to positive reinforcement training. She is ready for her supermodel moment with a smooth or feathery coat of different hues. According to Klein, they were esteemed hunting hounds across the Middle East for thousands of years and are commonly referred to as the regal Egyptian dog. “According to legend, only the saluki was judged worthy of sharing the hunter’s tent,” he continues.

She may become your new beach pal because she naturally enjoys warm weather and is adept on sand. Note, though, that as a sighthound, she has a high prey drive, so it’s better to confine her to a big fenced area where she can wander safely; otherwise, her pursuit instincts will kick in, and none of us will be able to catch her! The saluki is the fastest AKC-recognized breed over long distances, reaching speeds of 40 mph. 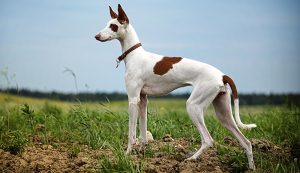 How can the loyal and sensitive Ibizan hound be an Egyptian dog breed, given its name? Heritage. “Though sighthounds with long, upright ears were common in Egypt, researchers can only hypothesize as to how these sorts of dogs were introduced to the Balearic Islands—probably by the Phoenicians,” Klein writes. This island chain off the coast of Spain includes Ibiza. In addition, a figure of Anubis found in the tomb of Tutankhamun is thought to represent an Ibizan dog.

These very active and outgoing family-friendly Fido breeds, sometimes known as “Beezers,” like exploring the great outdoors by sprinting up hiking trails and swimming in the ocean. And they are elastic! Klein notes that this breed can jump 6 feet high, so when designing an agility course in the backyard for this intelligent dog, make sure the barrier is tall. Exceptionally tall. 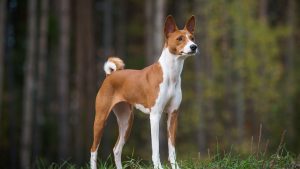 The Egyptian term for dog, iwiw, purportedly alludes to their barking sounds. However, the renowned Basenji yodels more than it barks! He has a disposition resembling a cat and is bright enough to learn many new tricks.

“Although the Basenji’s distant relatives may be traced back to ancient Egypt,” notes Klein, “he is most well known as a medium-sized, fine-boned all-purpose dog used for hunting throughout Central Africa, including the Sudan, Zaire, and the Congo.” Nonetheless, there is a suggestion that Anubis is also based on a Basenji picture. His wrinkled brow indicates that he, too, is somewhat perplexed by the Ibiza analogy. 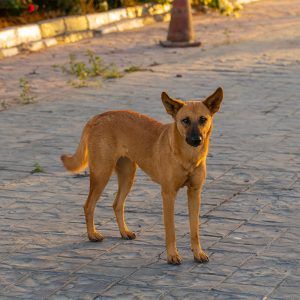 Even though Baladi Baladis are not an official ancient Egyptian dog breed, it is claimed that they are a combination of Pharaoh hound, saluki, and Canaan dog, the national dog of Israel. As is frequently the case with mixed-breed dogs, they cannot be characterized in terms of look or personality, according to Klein.

According to Egyptian Streets, the term baladi, which is also known as Thebes Land dogs, means “of the country,” which appears to be the ideal title for these resilient survivors. However, it is doubtful that you will discover them in the United States. “Until a new (2019) law released by the Centers for Disease Control (CDC), many were transported to the United States for adoption,” Klein adds. Multiple cases of dogs infected with rabies in Egypt being imported to the United States in recent years were mentioned by the CDC as justification for the decision. Currently, the CDC needs formal clearance and compliance with additional conditions for the importation of Egyptian dogs. 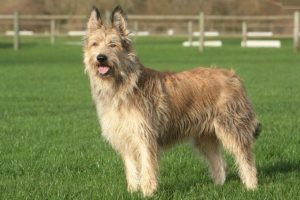 The Armant, also known as the Ermenti or the Egyptian sheepdog, is an Egyptian dog breed of mystery. A native of upper Egypt near the banks of the Nile, the Egyptian Kennel Foundation (EKF) counts him as one of the nation’s most trustworthy herding dogs, although he is otherwise relatively obscure. Possibility exists that the Armant has Briard ancestry, a French breed that may have accompanied Napoleon’s soldiers in Egypt some two centuries ago.

EKF and the Egyptian Armant Herding Dog Club are attempting to increase the breed’s visibility. Now that pandemic restrictions on dog exhibitions have been lifted, perhaps this shaggy dog will soon make an international appearance and become a new fan favorite.