15 of the Best Rabbit Breeds for Pets 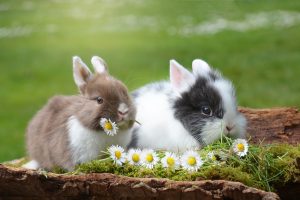 As any bunny owner can attest, rabbits are every bit as affectionate, lively, and intelligent as a dog or cat. They are, however, more demanding in terms of upkeep and require continuous daily attention. Additionally, different breeds have distinct physical attributes, psychological traits, and grooming requirements. For instance, certain rabbit varieties enjoy cuddling, while others flee when handled. Owners should carefully analyze each breed to guarantee a suitable match.

Mini Rexes developed in late-nineteenth-century France. The Rex’s hair sticks out from their body rather than resting flat, and its outer covering of fur is shorter than that of most breeds due to a recessive trait. This allows you to feel their ultra-soft, velvety undercoat.

As the name says, they are rather little (weighing between 3.5 and 4.5 pounds when fully grown) and quite friendly. There is little reason to doubt their popularity as one of the most popular rabbit breeds in the United States of America. Holland Lop rabbits are quite popular as display rabbits. The breed originated in the Netherlands and was recognized as an official breed in 1979 by the American Rabbit Breeders Association. They are a dwarf breed, which means they are rather little in comparison to other rabbit breeds. The average Holland Lop weighs about two and four pounds.

They are available in a number of hues with either broken or solid coloring. Holland Lops are naturally hyperactive, which makes them enjoyable to play with but also makes them a bit difficult to get into and out of their cages. They are probably not the breed of choice for households with little children. While they get along well with youngsters, they will struggle if they are not held, so monitor any bunny fun. 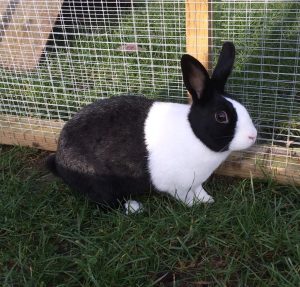 Dutch rabbits (a bit of a misnomer, given their origins in England) are well-known for their distinctive color pattern. They are slightly bigger than dwarf breeds, but remain on the tiny side overall, weighing between 3.5 and 5.5 pounds on average. They are a peaceful and docile breed, which makes them ideal companions for families with children. They can put up with the pandemonium that comes with being petted and hugged regularly. 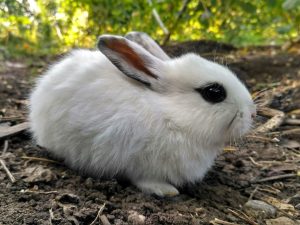 As with Dutch rabbits, Dwarf Hotots are mostly renowned for their distinctive colour. Their coats are completely white, but for a little circle of color around their eyes. For years, the ARBA let only black-spotted Hotots to participate, but more recently, the ARBA permitted chocolate-spotted Hotots to compete as well.

They were not initially classified as dwarfs. In the early 1900s, the bigger Blanc de Hotot was developed to be a black-eyed, white-haired rabbit suitable for fur and meat. As rabbit meat and fur became unfashionable and more people kept these creatures as pets, dwarf breeds gained popularity, and the Dwarf Hotot breed was born.

Hotots typically weigh less than 3 pounds and have erect ears. They are often sociable, yet they might be grumpy on occasion. They are an excellent breed for anybody looking for a bunny who enjoys cuddling and frequent petting, as long as you can tolerate the brief melancholy episodes.

Mini Lops are one of the most popular breeds worldwide, widely sold or produced as pets and show rabbits. They are similar to Holland Lops in that they are little and have floppy ears. They are incredibly sociable and lively, and are quite easy to teach. Mini Lops are ideal for anybody interested in owning a litter-trained rabbit. They get along well with other rabbits and animals, but prefer quiet youngsters. This breed requires intellectual stimulation, so ensure that their cage is well-stocked with toys. 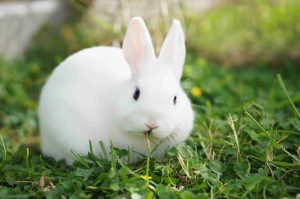 Mini Satins, one of the smallest pet rabbit varieties, also have incredibly smooth and glossy hair. When the satin gene was discovered in 1956, larger satin breeds became more popular. Breeders then attempted to create a smaller version of these bunnies. Mini Satins are often peaceful and gregarious. However, they may be temperamental at times, so be careful to inquire about your specific rabbit before committing to a Mini Satin if you live in a busy household. In comparison to many of the other breeds on our list, Netherland Dwarf rabbits are not the ideal pet breed for families with children. They do, however, make excellent adult pets and are excellent companions for persons with impairments.

They appreciate human connection, but only in a secure and stable atmosphere. Due to their little size (often between 1.1 and 2.5 pounds), these bunnies thrive in a stable, peaceful environment rather than one with youngsters running around. Despite their small size, these bunnies require a great deal of activity and thrive in homes where they are allowed to run for a significant portion of the day. They are fearful and aloof, which is another reason they are unsuitable as children’s pets.

Another dwarf breed, Polish rabbits are a tiny kind of rabbit that require less room due to their size. They are less energetic than other kinds, which makes them perfect for folks who desire a rabbit but lack the room for a pen. They are peaceful and sociable, with bucks being particularly easy back. Additionally, they may be trained to use a litter box, which is a desirable quality for an indoor pet rabbit. 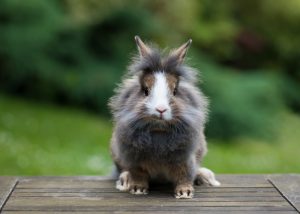 Breeders created this breed in Belgium by crossing a Swiss Fox with a Netherland Dwarf. The Lionhead, a rabbit with longer hair around its head and rear, was created as a consequence of a genetic mutation known as the “mane” gene. The breed eventually found its way to the United States in the 1990s and was recognized by the American Rabbit Breeders Association in 2014. Lionheads are a lively and friendly breed that make excellent pets, particularly for families with children. They do, however, require more grooming and attention than other breeds. 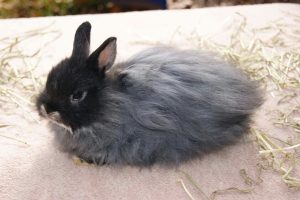 A cross of the French Angora and the Netherland Dwarf produced the Jersey Wooly, a tiny rabbit with a very woolly coat, thus the name. Introduced to the ARBA in 1984, this breed has grown to become one of the most frequently displayed rabbits in the United States. They make excellent pets, despite the fact that they require a little additional grooming.

When George West began breeding the Californian rabbit, he set out to develop a rabbit with “excellent” flesh and a dense, appealing coat. The Californian rabbit was born after several years of breeding and a few distinct cross-breedings. While these rabbits are usually utilized for meat or display, many people choose to keep them as pets owing to their sweet disposition. 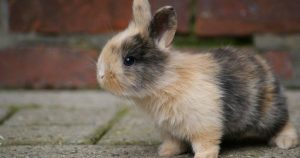 Harlequins, originally called the Japanese Rabbit, were first displayed in France in the 1880s. During the world wars, the breed was called and is well recognized for its unusual coat pattern. They are an inquisitive and lively species that make wonderful family companions. 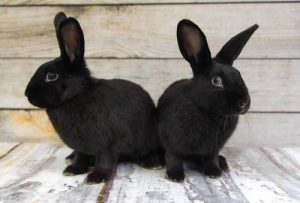 Surprisingly, Havanas originated in Holland. They were given the moniker “Havana” rabbits due to their hue resembling that of Cuban cigars. These rabbits have strong bonds with people, making them excellent companions for almost everyone.

Wild rabbits were crossed with Beverens and Himalayans to create this breed. The breed became popular because of its distinctive coat color, particularly in the United States. Its calm demeanor makes it an excellent companion breed. Breeders eventually began producing bigger Chinchilla rabbits, which resulted in the creation of the American and Giant Chinchillas. 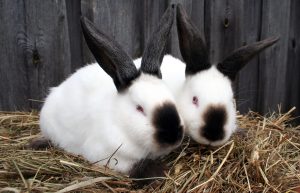 The Himalayan rabbit is one of the oldest rabbit breeds known to man—so much so that its origins are mostly unknown. What is known is that Himalayan rabbits arrived in America for the first time in the early 1900s. They quickly gained popularity as a pet breed due to their patience and quiet demeanor.

Newer Can Dogs Contract COVID-19?
Back to list
Older The Story Behind the Tails of Dogs